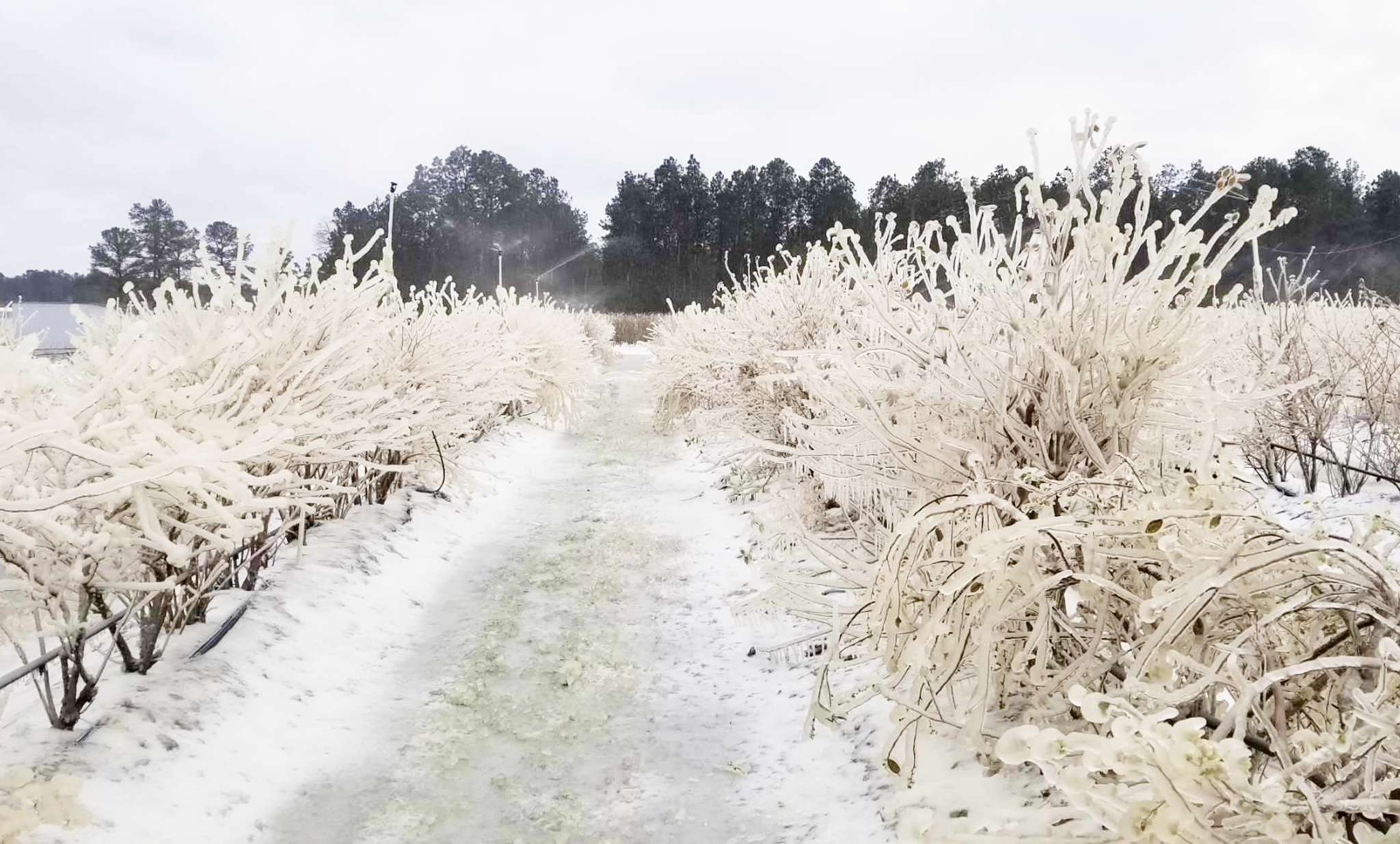 Herschel Hobson looked out over his blueberry farm, an approximately 16 acre expanse near the southeast town of Silsbee, Texas.  The farm was just weeks away from its annual harvest, yet now his bushes lay covered in thick layers of ice and snow, an unheard of crisis brought on by Winter Storm Uri.  “I was sick to my stomach,” he says.

He would lose an entire year’s blueberry crop in just a matter of days.  Even a newly installed overhead freeze protection system meant to protect his crops from extreme temperatures had been pushed past its limits.  “After the temperatures fall below 32°, there’s not much it can do.  They just aren’t designed for that.”   In a stroke of luck, while the fruit and flowers were destroyed, the blueberry bushes survived.  A silver lining to what would be over $100k in lost annual revenue. 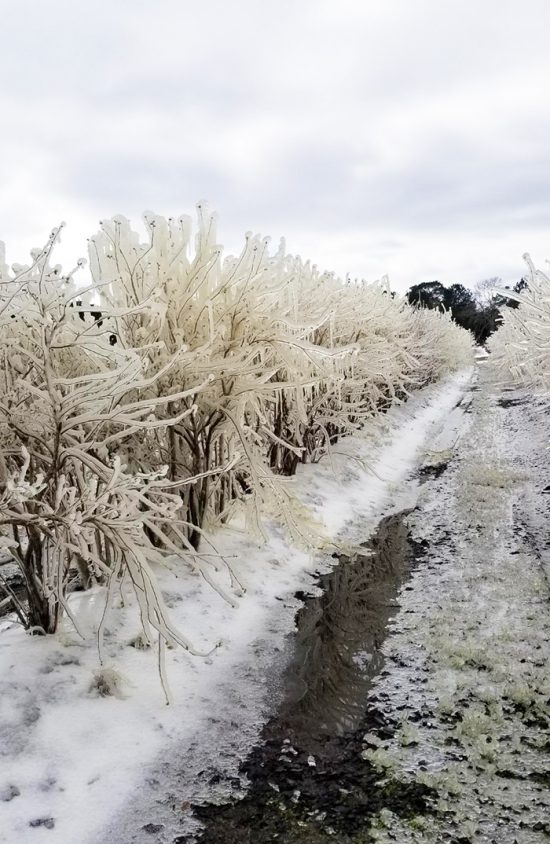 Sadly, he’s not alone.  Nearly all of the Southeast Texas blueberry growers are facing the same detrimental loss.  “Half of the growers have nothing to grow,” says Hobson, “and the others won’t be able to pick this year.”  It’s also worth noting that while the farms are suffering, there will also be a loss of income to seasonal farm workers who pick the crop at harvest.

Pivoting was the theme of last year amidst a global pandemic and Hobson is doing just that.  While his next crop of blueberries won’t be ready until April 2022, he’ll spend the months ahead trying his hand at planting exotic vegetables and replanting the almost 7,000 strawberry plants he lost late last year due to crop fungus. “The life of a farmer,” he says with both a sigh and a chuckle.  A nod to an industry built on lots of factors it can’t always control. 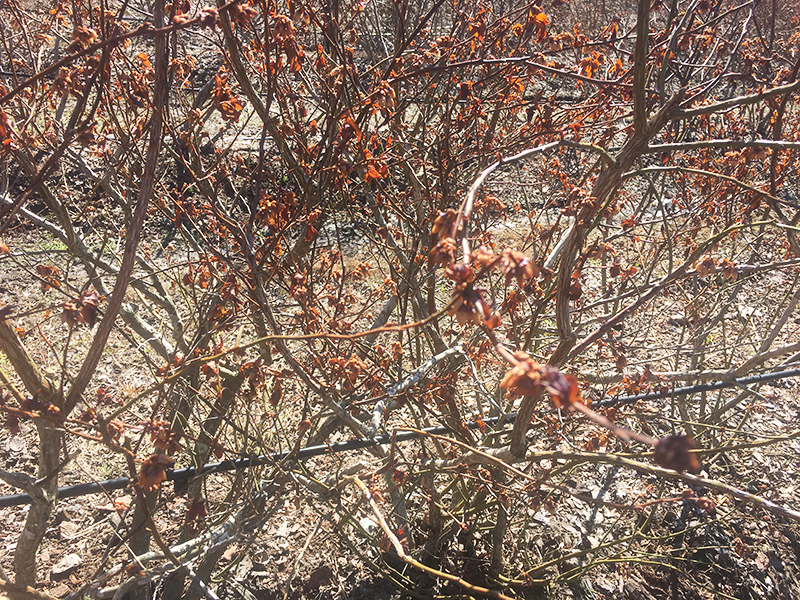 Bringing these new crops to market will be an important part of covering farm labor and helping sustain him before next year’s berry harvest.  Markets, more specifically, Urban Harvest Farmers Market, makes up only a fraction of his business.  But it’s an important fraction, he emphasizes. Taking his product to the Saturday market, not only generates revenue but adds a personal touch you don’t get out of wholesale.  He enjoys being at the market and getting to know loyal patrons.   Urban Harvest has provided him with much behind the scenes support over the years and in the aftermath of the storm, he’s more grateful than ever.

Join us in supporting the recovery efforts for our farmers and ranchers.

“Our Market is Open, Rain or Shine”