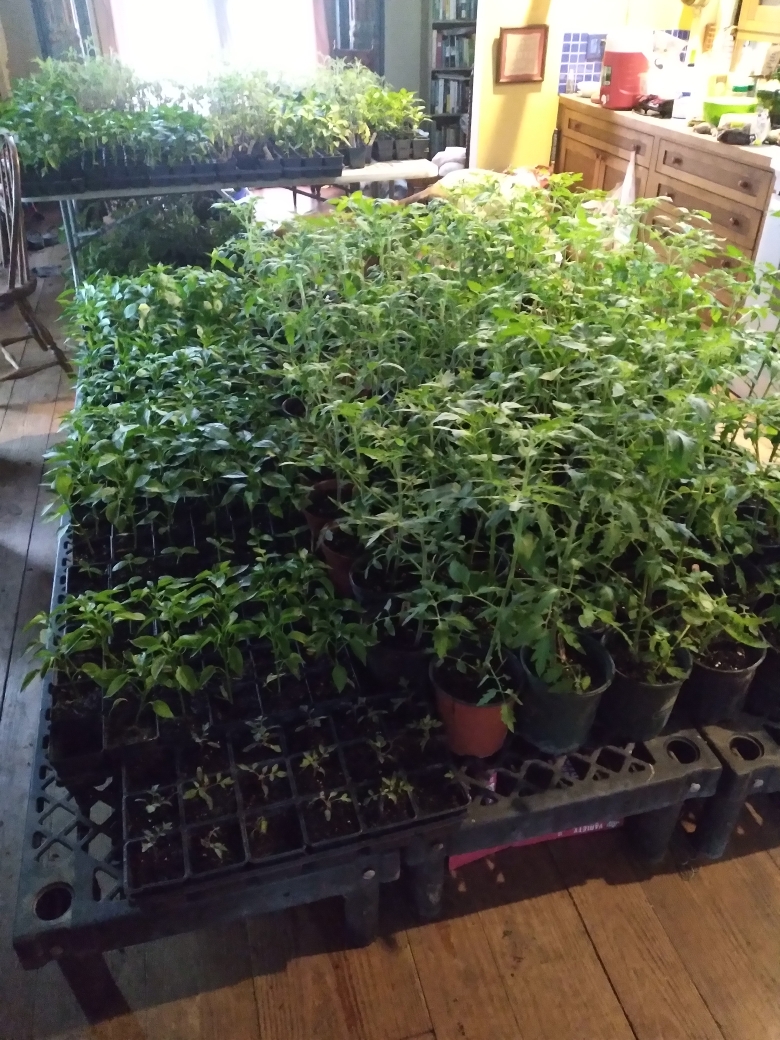 Glen Miracle is on a mission.  Owning and operating Laughing Frog Farm is more than a business.  It’s about putting real food onto people’s tables while remaining sustainable and being a small piece of big change.  “We are trying to be as good to the earth as we can while bringing the best quality to our customers,” he says.

Laughing Frog Farm is somewhat of an experiment to Miracle, who got his start gardening in Houston many years ago.   “Farming is a scientific experiment with no control group,” he jokes.  There’s a “take it as it comes” mentality to his operation but with one very particular intention- doing it right.  “It’s important to us is that we are a diverse farm,” he says, pointing to their focus on self-containment, raising the highest quality breeding stock and growing the best, most nutritious crop he can.

For past year Miracle has been rolling with the punches of a worldwide pandemic.  Restaurant closures meant a loss of nearly half his annual revenue.  So, he focused his attention on Urban Harvest Farmers Market and the creation of produce boxes.  The support of the Urban Harvest team and its customers was tremendous.   Miracle struggled to keep up with the demand.   He also found himself with a new customer base.  Amidst a global health crisis came a growing number of people becoming more thoughtful about what they put in their bodies.  “People started coming to me and asking about nutrition and that’s what I want.”  And so, despite the initial setbacks, Miracle carried on.

The next curveball arrived almost a year later: Winter Storm Uri. Much like his fellow farmers, Miracle began to prepare for the worst. Crops were blanketed with hay and water drums were filled and stored. He opted to use his only generator to safeguard 200 2-week old baby chickens. But with no heat source to protect nearly 2000 temperature sensitive tomato and pepper plants, he moved them into his home. As temperatures dropped and the power went out things looked bleak. He was forced to stay up all night ensuring the generator stayed on so as not to lose his chickens. His home, now makeshift plant storage, was reaching 35 degrees forcing decisions on using butane heaters to keep the space warm but potentially leaving Miracle without shelter for himself.

After 20 brutal hours, power was restored to the farm.  He had succeeded in saving most of the tomato and pepper plants and almost all the baby chickens- a small, but impactful silver lining.  As the sun and spring temperatures set in his crops of cabbage, onions, carrots and beet began growing again.  Within a few weeks, Miracle was able to return to Urban Harvest Farmers Market, down 2 weeks’ worth of income and with half the product to sell, but grateful nonetheless to once again be doing what he loves.

A year after a worldwide shake up and a month after a near devastating weather disaster, he’s both humbled and determined.  It’s hard to miss the gratitude that underlies each word as he talks about his crops, animals and the people he serves.  He continues to push his mission to use the best practices to bring the best product to his customers, proving once and for all you can’t keep a good man down.