Spring time is an important season at Three Sisters Farm.  As a pastured egg, chicken, pork and beef farm, the idyllic temperatures and easy going weather produces happy, grazing animals. It also the best time of year for egg production. With spring also comes the promise of a new start and a good spring was exactly what owner Sara Wilson needed. 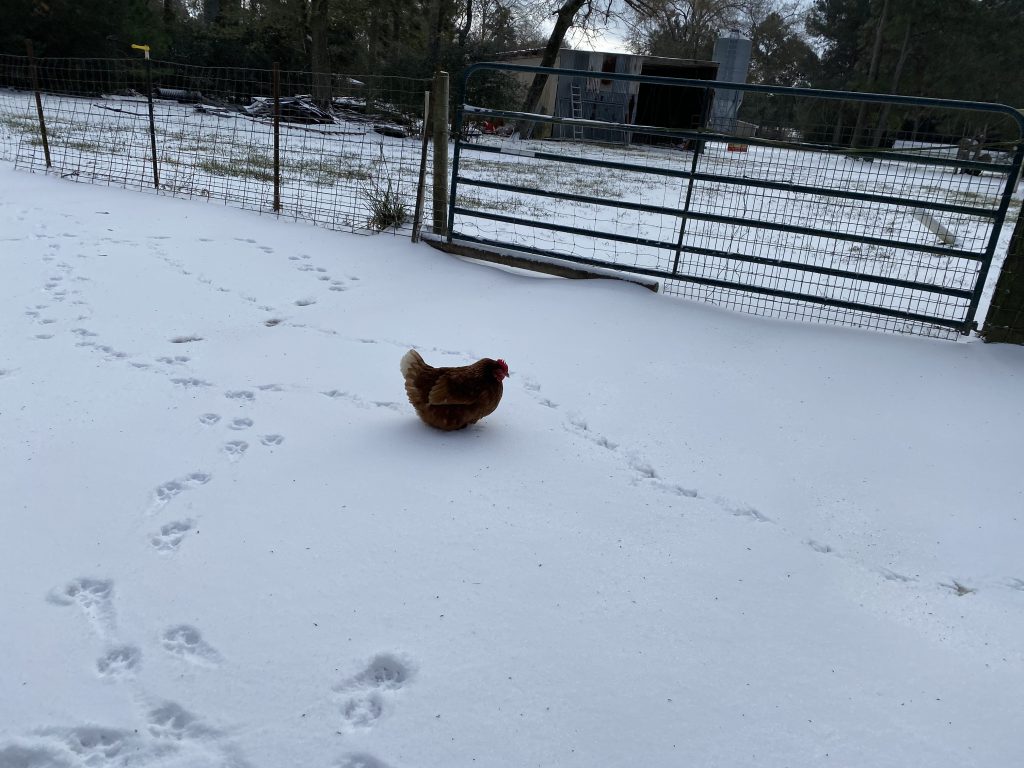 2020 had proven to be a tough year. The Covid-19 pandemic was a “complete disruption to the system,” she says.  Hatcheries had fewer chicks to sell forcing her to buy younger chickens to start laying eggs.  Processing schedules became tighter and lagged behind as the demand for meat increased.  2021 was a welcome breath of fresh air. As the world slowly started to make its descent towards normality, the farm, too, began to restore itself to a more regular pace and push on to its best season. There was just one more twist up ahead.

Winter Storm Uri arrived at the farm with a frozen fury. “The farm lost power and water for 4 days,” Wilson says as she describes driving back and forth, filling up buckets from the only spigot on the opposite side of the farm that miraculously still had water.  Bucket by bucket she worked tirelessly getting water to thousands of animals on the farm.  The animals survived thanks to a combination of Wilson’s laborious efforts and their own biological survival mechanisms.  And despite the lack of electricity the farm’s meat and egg storage survived in no certain thanks to the icy temperatures outside.  “If this had been a hurricane, I would have lost absolutely everything,” says Wilson.  But a difficult few days and a few broken pipes were nothing to what came next. 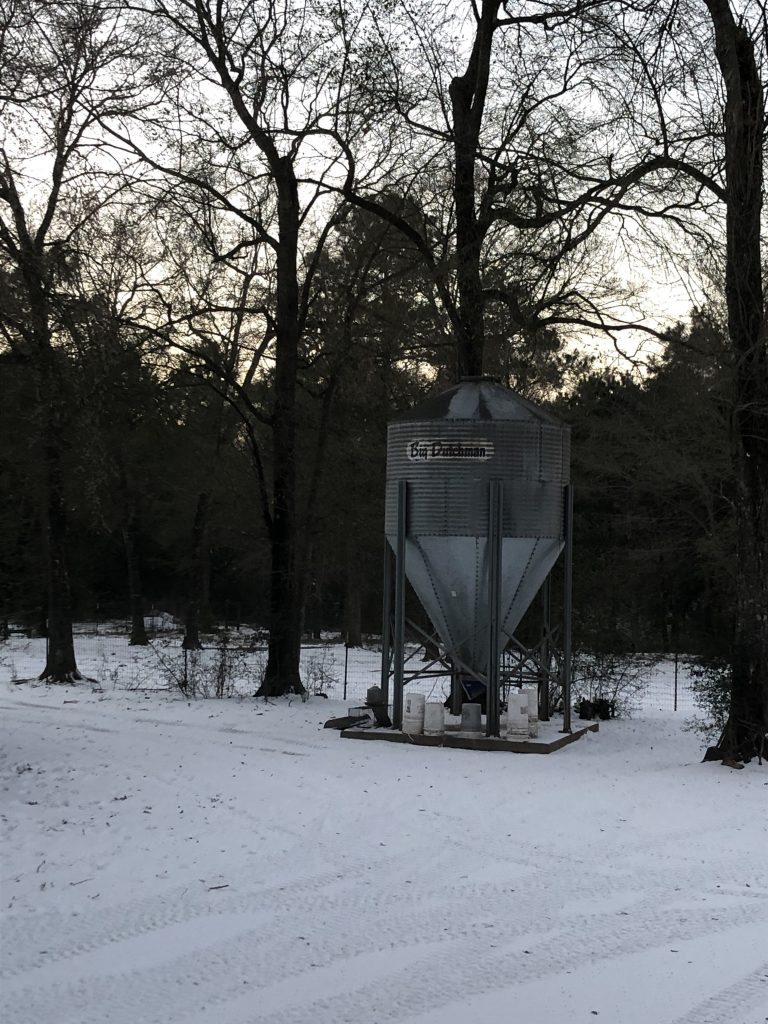 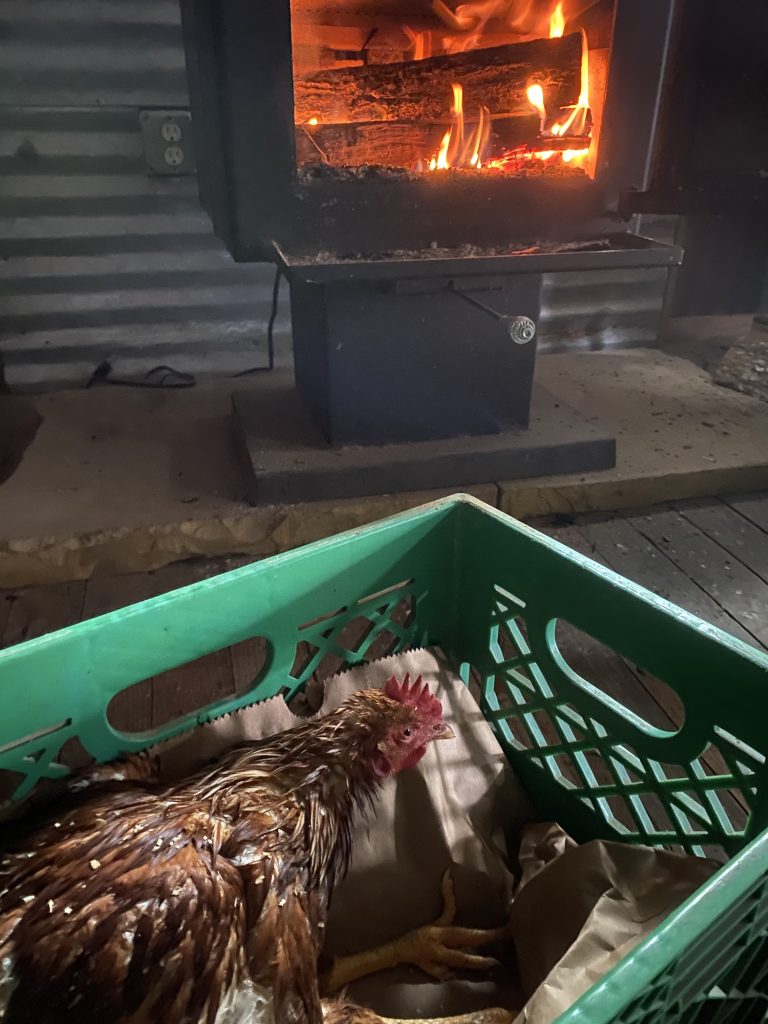 The aftermath of the storm, actually began as the storm rolled in.  Wilson just didn’t know it yet.

The day Uri set in, every laid egg was frozen.  Worse still, the temperature extremities had put the chickens into a mixed state of survival mode and shock.  They were now, more or less, too spooked to start laying eggs again.  On average, a hearty spring would see an individual chicken lay 6-7 eggs per week.  Even with the respite of spring temperatures and sunny skies, egg production stopped for 3 weeks, an almost $17k loss.

In the wake of Winter Storm Uri, Urban Harvest Farmer’s Market began offering recovery support by waiving market fees to those farmers impacted.  “When you’re a small farmer, everything helps,” says Wilson, noting that having less product to sell impacts her ability to pay her own salary.  Weeks later, with recovery efforts still in full force, the slow climb to restoration has become easier.  The market support has been an integral part of their success.  Urban Harvest has always been one of their biggest cheerleaders.  “We wouldn’t be where we are without them,” says Wilson.   With the trauma behind them, the chickens started laying eggs again.   And even through a rollercoaster year of feast and famine, the promise of spring is just up ahead.