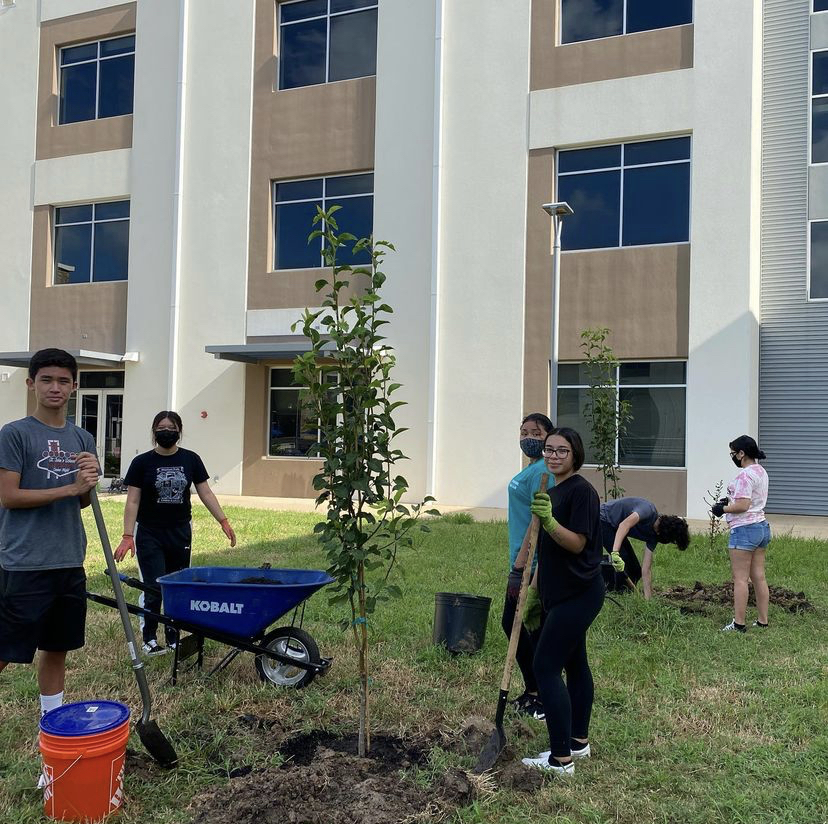 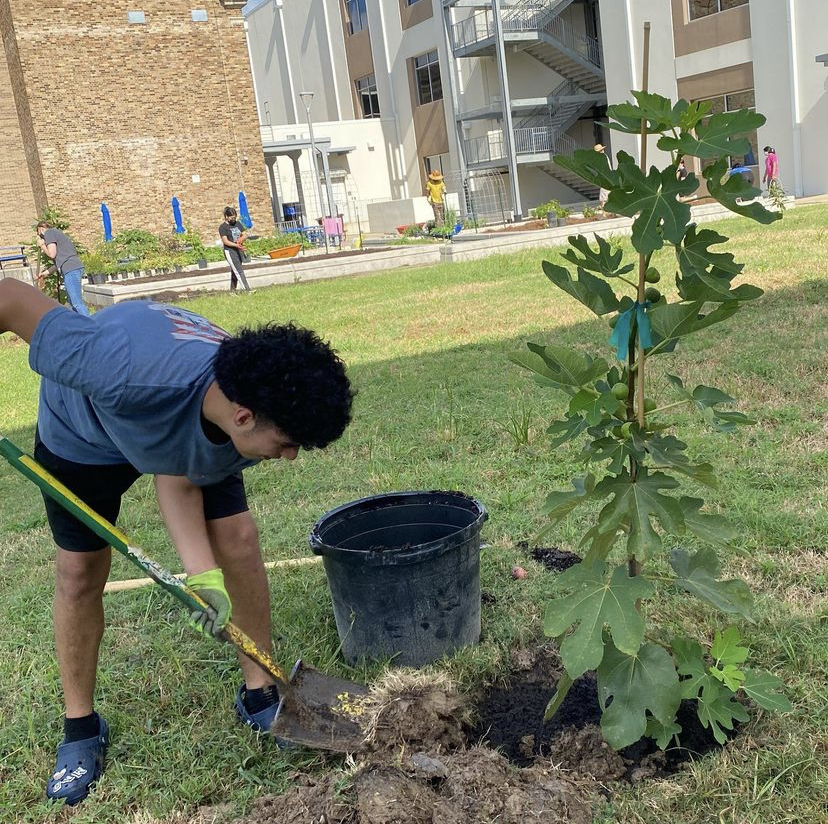 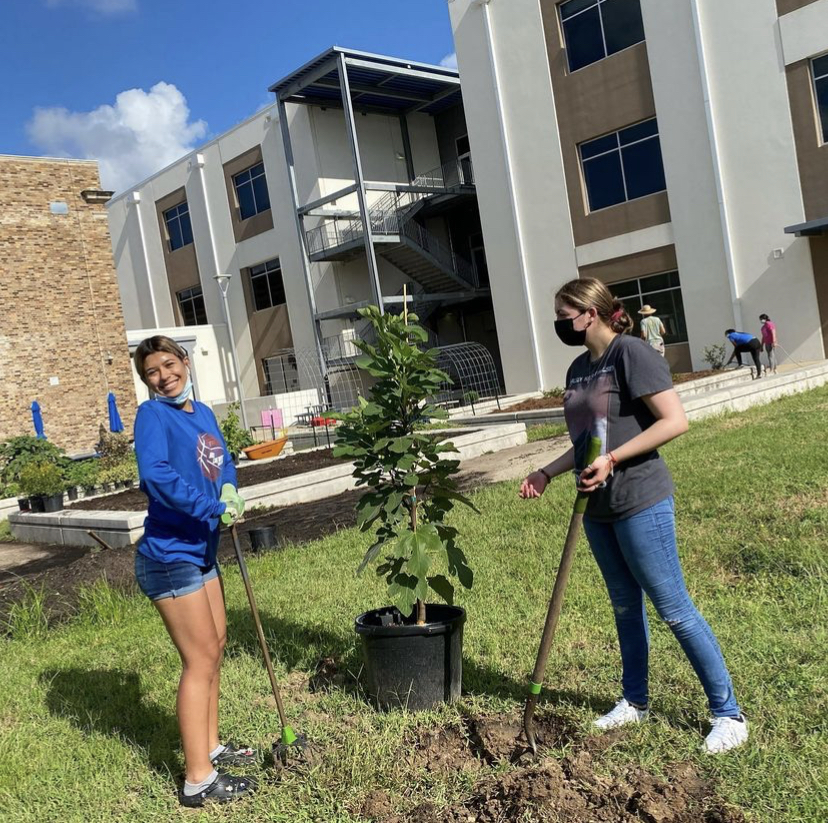 Located on Broadway street in the Greater East End of Houston, an area known as Pecan Park, the student population at Milby High School is predominantly Hispanic and low income. Milby is what’s known as a magnet school, an institution that targets particularly talented students with a specialized curriculum. Education at Milby is highly centered around STEM – science, technology, engineering, and mathematics. That means during freshman year, a student must select a “path,” such as computer science. Until graduation, they will take courses associated with this path and eventually apply for colleges as a strong, unique candidate.

Rowena Verdin has been a librarian at Milby High School for over a decade. She directs the Peace Club, a student run organization that focuses on maintaining the garden, recycling, and composting.

There’s been a decline in participation since the pandemic struck, but Ms. Verdin has been working hard to revitalize the project. Every year, Milby hosts a freshman orientation to ease the transition between middle school and high school known as “Summer Bridge.” Having a lot of kids at school for the first time in a year is Peace Club’s chance to start growing plants in the garden again. For three weeks, the kids at Milby worked tirelessly with a small crew from Urban Harvest to undo the progress that nature had made in reclaiming the soil. They pulled weeds, carried soil, and massacred ants. Progress was great, but then the rain came. The watery forecast seemed to stretch on for eternity, but the group still took advantage of gaps between showers to continue working. In the classroom, the students sampled different fruits and vegetables while learning about nutrition. “Did you know that carrots actually give you superpowers?” said  Joanne Li, one of Urban Harvest’s dietetic interns. “They’re high in vitamin A, which is proven by science to improve your vision.” The students looked impressed with her sales pitch as they dug into the samples.

Milby HS school garden is an affiliate garden of Urban Harvest community garden programs and a partner site in the summer of 2021 for Visiting Garden Educator Services! 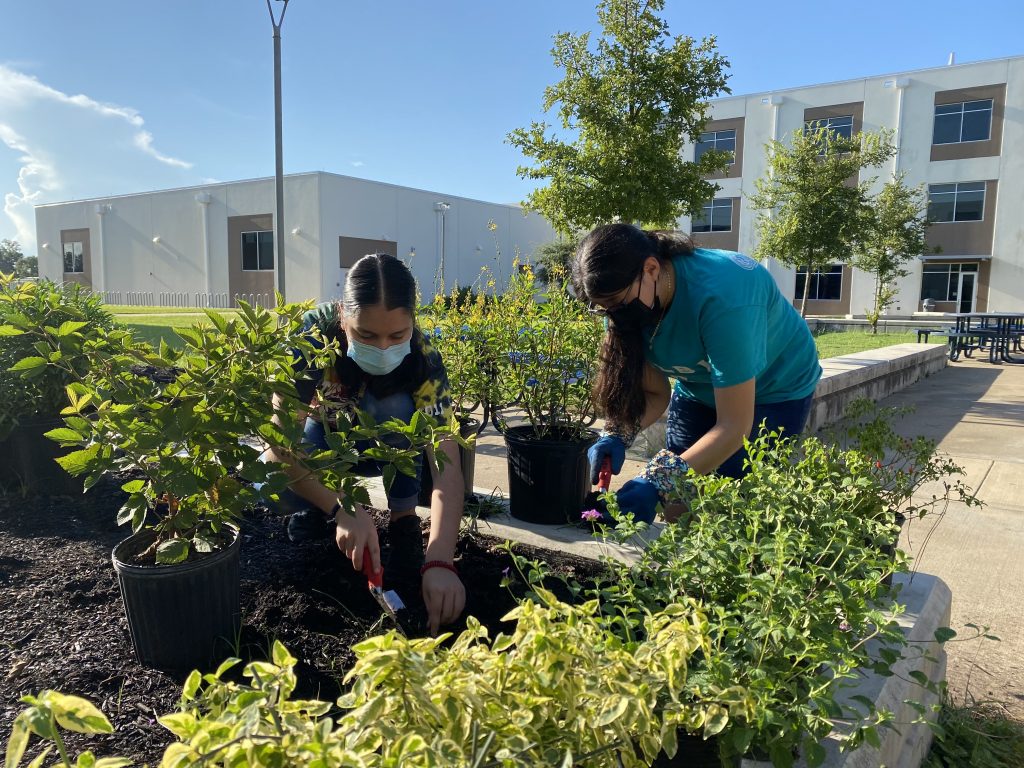 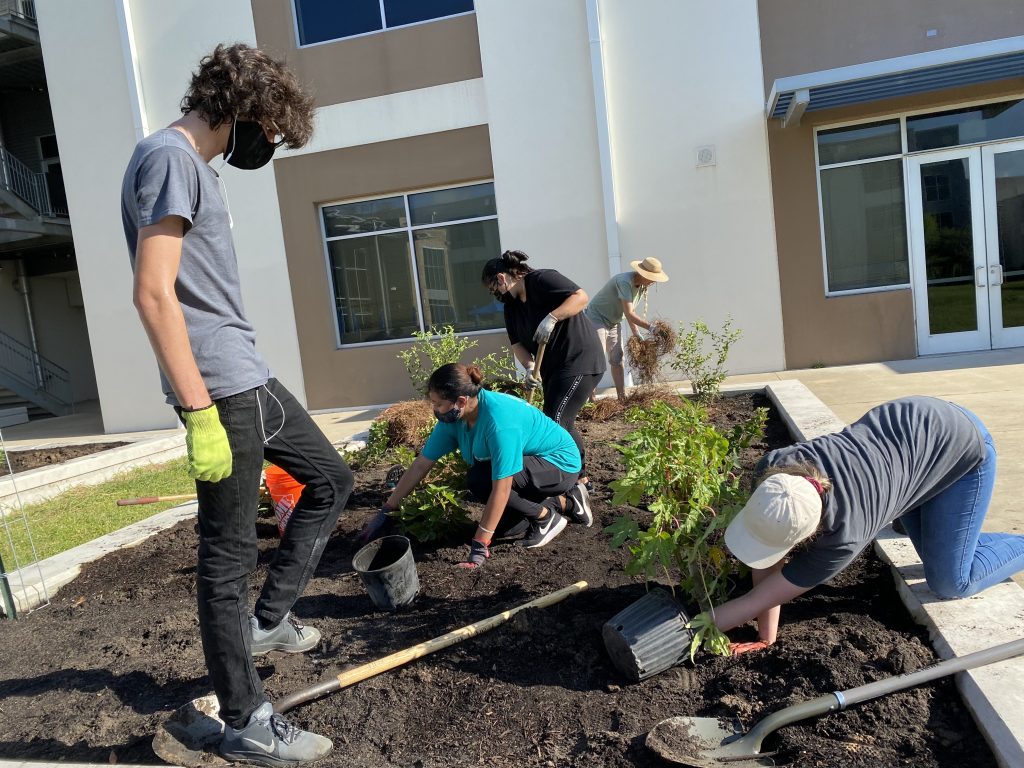 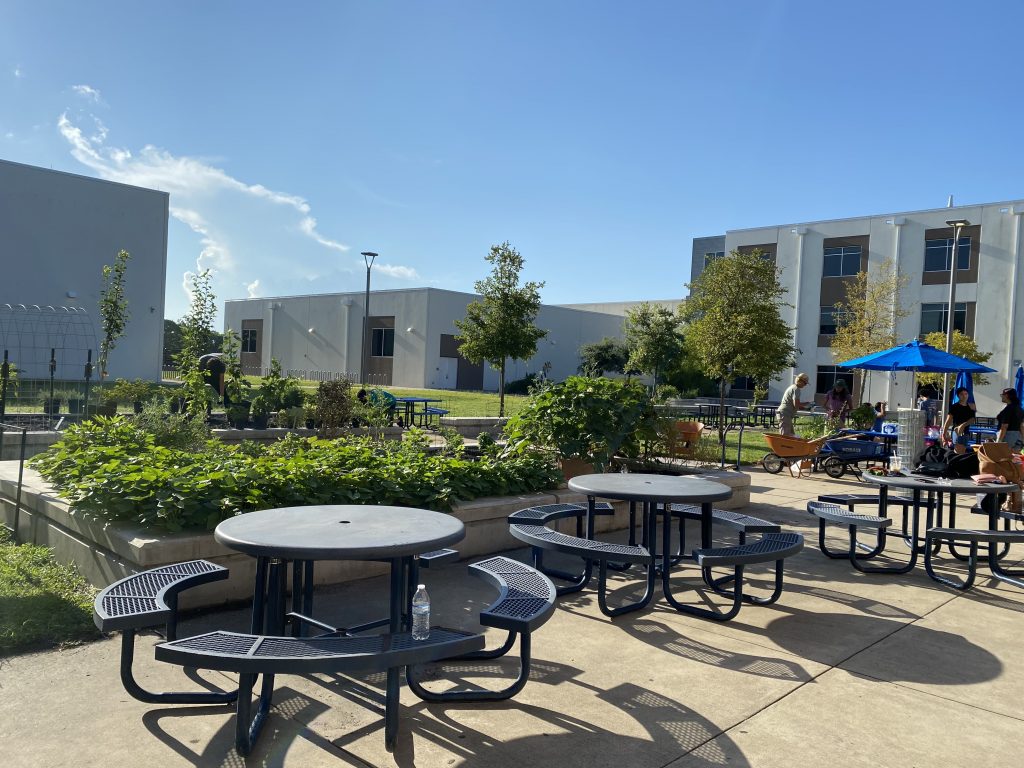 Are you a school garden supporter? We have a networking and Continue Professional Education for teachers, parents and school  garden partners, for lessons, tools and resources.
Edible Academy: Fall Gardening and Nutrition Education Professional Development opportunity on Sat. Oct 9th, 9AM -12PM, in person! Space is limited. Registration Link below for more details.

Pollination not only occurs in nature but also at Urban Harvest.